HOW TO HEAL YOUR RELATIONSHIP WITH MONEY 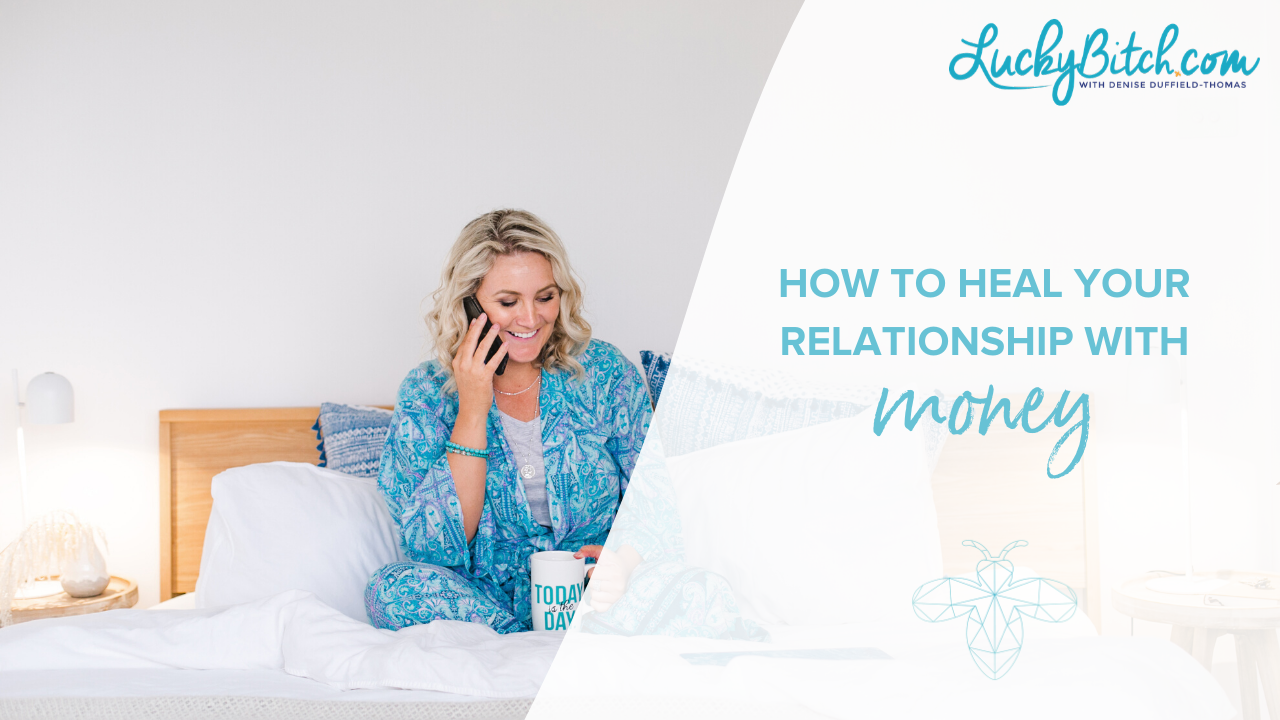 A huge amount of the work that comes with clearing money blocks has to do with healing your money story.

Money stories come in all different shapes and sizes, but there are common themes that all lead back to who we are ourselves and the stories that we allowed to become true around money.

It’s such a juicy topic, so let’s unpack it right now.

Over the years I’ve talked to a lot of women about money, and the one thing that always amazes me is that how much money their parents had or didn’t have just doesn’t count when we get into the mindset work.

It’s their FEELINGS about money growing up that matter the most.

When I ask whether people grew up rich, poor or middle class, the belief is often different from the reality.

There are people who say, “I thought we were poor, but we weren’t. I found out my parents were millionaires!”

Or, “We were poor, but I didn’t know. We were so happy and carefree all the time.”

If you look at your own childhood, what feelings did you have about money?

Did your mother hide purchases of new clothes or shoes from your dad, because she wasn’t “allowed” to spend money?

If so, you probably feel guilty spending money on yourself or even repeat the behavior by hiding expenses from YOUR partner.

Did your family go through feast and famine periods where you’d have luxurious treats one month, and then old clothes the next?

Maybe you’re repeating the same habits. One week you’re buying champagne, and the next you’re going into debt for simple things like groceries and bills.

Do you feel you have to work hard for your money? That only “hard work pays off?” Maybe you procrastinate and then pull all-nighters to “justify” making money.

It’s really common for this one to manifest as a feeling that earning money easily by doing something you love is “lazy” and unworthy.

If you have any money stories from childhood that you’ve not cleared, you’re living with a legacy of guilt that you don’t need and that will be stopping the abundance that you’re trying to manifest.

The annoying thing is that these stories might not even be what your parents or family believed themselves, what matters is what you took away from those experiences, and the things you told yourself.

How do you deal with it?

The most powerful thing you can do is to embrace the power of forgiveness.

When you’re working with money stories from childhood, the first step is always to forgive your parents, or your guardians; whoever you grew up with who influenced you around money.

When you forgive them for the money stories that played out around you when you were a child, it frees you to create a new money story for yourself, which is really powerful.

Thank your parents for the lessons, because this brings you into a space of gratitude, which is a powerfully abundant state to be in.

Saying you’re sorry takes you into self-forgiveness for believing the money stories that you took on when you were a child.

When you take responsibility for your own money story, you can deal with it, and then move on in the direction YOU choose, rather than being led by your unconscious money story script.

You can also see where you decided to believe certain things about money and can forgive yourself for making those choices and creating the life you’ve had so far.

And finally, when you send love to those you’re forgiving you bring yourself into the highest vibration you can, which is incredibly abundant.

By coming back to love, you align yourself with the most powerful force in the Universe… and who doesn’t want that?

As always, it’s your time, and you’re ready for the next step.

Have a lucky day!